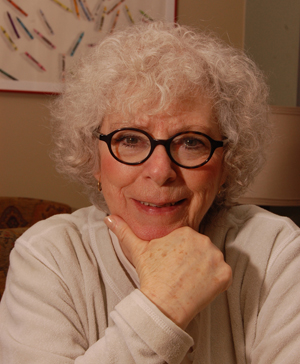 There are geniuses in the world. Always have been. Always will be. My evidence: Lincoln in the Bardo by George Saunders, Colson Whitehead’s The Underground Railroad, Hamilton, the musical and the person, Toni Morrison, Jonas Salk, Albert you-know-who, Leonardo da Vinci, Mozart . . . you get the picture. Richard Thaler, 2017 winner of the Nobel Prize for economics, would certainly fit into the category. i just discovered the work of artist Greer Lankton and enjoy considering her a genius. Of course, after visiting two homes designed by Frank Lloyd Wright, I agree with Wright himself: Genius. Definitely genius. Geniuses. They have been and still are among us.

But you know where you can’t find them? Government. Specifically our government. And that makes me curious. Why?

If geniuses – smart, creative, earnestly talented people – are here, always have been, always will be, why is it that the people responsible for governing us are so incredibly not geniuses? NOT only not geniuses, not even close. Why, with genius a commodity in great supply among our artists, inventors, computer hackers, is it so rare among our politicians? Why are we currently living in a kakistocracy, being ruled by the worst people in the country, the most venal and corrupt, who could not logically think their way out of a wet paper bag, much less a globally significant conundrum, like the CLIMATE IS CHANGING and we’re responsible so what can we do about it NOW?

It does puzzle me. Since I have retired, I spend a lot of time reading. Many of the books, articles, essays, poetry, children’s literature, that I have been reading and continue to read, reveal active, thoughtful, inquisitive minds at work. The research required, the skill evinced, the passion to create, the ability to write cogently, coherently, decisively, indicates intelligence of a significant magnitude. Individuals I hear on NPR are so articulate, knowledgeable, grounded in reality and given to imaginative connective leaps, it makes me wonder why those in government are not at the very least smart enough to be listening to, consulting with, seeking the advice of people who are the geniuses among us.

They have reasons of their own, I am sure – those in our current administration and congress and in many of our state legislatures who seem so muffed up, so inexplicably incapable of reason or reasonable action – for not seeking out those who do actually know, who can actually draw conclusions based on evidence, truth, fact, deduction. Whatever government’s reasons for ignoring reason, those reasons can never relieve them from bearing the onerous weight of the name Kakistocracy. I can hope still that human intelligence exists in abundance somewhere, and that eventually it will prevail.